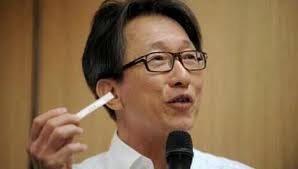 Judy sent me a [link] last night and asked if I have any thoughts on what my favourite Minister Lim Swee Say told CNA. These days, I don’t believe a single shit what the 154th ranked media says. So, I had no comment.

Instead, I asked Judy what came to her mind when she read the article. She told me she was dead sure as a Singaporean, she is the minority in both her working and living habitats. Over several years of the past, the propaganda towers never stopped blasting how Singapore need more foreigners to remain competitive. According to Judy, that story was contradicting and made no sense.
Well, it’s really simple.
The years after a GE, you get hard truths.
Come the months before another, you get soft lies.
Hey. Don’t get me wrong. I am not saying our esteemed Lim Swee Say was lying because I can and will get sued for just thinking about it, much less publish it in a public domain. Mr Lim is as straight as an arrow and don’t tell lies. He probably does not watch porn or masturbate as well. I can never doubt the honesty of a man who publicly admitted skiving during office hours at restaurants and stealing tooth picks. He has the balls. Besides, everybody steals. It’s no big deal. If we want to make this an issue, there wouldn’t be enough prison space to convict every thief in Singapore. Besides, a little stealing harms nobody, not when a group of people are robbing citizens everyday through various means. Priorities, my friends. Priorities.
So if Mr Lim is an honest man, how do the soft lies come about? Well, if Lim Swee Say did not tell lies, then it must be some afflicted schmuck who wrote the report in the way they want you to think. The government has already decided on the ratio of Singaporeans to foreigners long ago. The goal has been achieved and it is the time to maintain it. It is so easy to stand up and tell business owners not to expect foreigner quotas to be breached in their favour today. You can do that too. The question is why didn’t any one do the same thing 10 years ago?
Lim Swee Say or other ministers can now take their turns to appear that they are standing up for Singaporeans until the GE but the truth is, our butts are already fucked. They can even publicly condemn business owners for relying on easy solutions rather than innovating for all I care, it doesn’t make a difference. In fact, things will turn out worse in years to come.
One of the key reasons I left Singapore was that I had enough of crowds. The ratio of foreigners did not bother me. If I had phobia of being the minority, I wouldn’t have moved to a country where I automatically become a minority. Overcrowding was what that pissed me off day in, day out during my final years in Singapore because I hate people, regardless of race, language or religion.
If you are xenophobic and you can accept the current ratio of foreigners in Singapore, then you will enjoy many good years ahead until they decide to tweak the ratio against your favour. If you are enochlophobic, then good luck to you because the 10 million population target is well on the way. If you are both xenophobic and enochlophobic, isn’t it great to realise, if you haven’t, that the population of foreigners will double when we hit 10 million even if Lim Swee Say’s local:foreigners ratio does not change?
Do you really think this ratio matters? Does it carry more significance than your farts? Is this ratio even sustainable in the first place? The Singaporean population has been shrinking for decades due to our low birth rates and it will continue to do so. If we stay true to this ratio, does that mean the overall population of Singapore will decrease in the coming years?
Of course not.
If I can’t call this a blatant lie, then I’ll have to say somebody made another honest mistake.
Reproduced with permission from Nix Elle.
You may read the original article from this link.

I’ve seen the future in Singapore

How Singaporean Young Can Easily Migrate to Australia